Sketches from here & then

Nov. 2015. London. Lunch in the Somertown Community Centre on Ousselton street. Spicy chicken wrap, coffee and iced sponge cake: £5. Kraftwerk’s ‘The Model’ comes on the radio. ‘She’s playing her game and you can hear them say / She is looking good, for beauty we will pay.’ Momentary contentment felt as benediction both taken in and given out again, a kind of spiritual photosynthesis, of the kind Yeats must have meant in his late poem ‘Vacillation’:

I sat, a solitary man,
In a crowded London shop,
An open book and empty cup
On the marble table-top.
While on the shop and street I gazed
My body of a sudden blazed;
And twenty minutes more or less
It seemed, so great my happiness,
That I was blessed and could bless.

Update, June 2017. Been out of town since September, and went to have lunch in the Somertown Community Centre Café, to find it replaced by a fancy and probably perfectly fine Portuguese café, pastel de nata and all that. Unexpectedly overwhelmed with grief. The poor woman at the counter gamely tries to answer my questions about what has happened to the people who worked there and the people that hung out there (the distinction was never clear) and tried to offer me alternatives to the lasagne chips and salad I had gone there to eat. I try to explain that whatever I ordered would only heighten my sadness: I’m sure it would be very nice but it wasn’t about the food. I would take the Community Centre Café, with its scruffy diversity, over everything done in the Crick Centre that has been dropped neatly into the space behind the British Library and is no doubt part of the reason the gentrification engine has swallowed yet another unofficial, non-commercial bit of the city’s fabric. The Somertown Centre was just too cheap, too rough-and-ready, too humane, for the money to let it be.

Late May 2015. South Downs. With L in Plumpton, Sussex, below the whale back of the South Downs. Driven off the top by heavy rain, hail and lack of preparation for such things, much more than forecast. Perfectly elliptical dew pond and wind-racked tree. Soaked, take refuge in the Half Moon and eat guinea fowl and chorizo pie; clothes drying on radiators in the toilets. A mole-catcher at the bar says he never trusts the BBC forecast, that the ridge always changes everything. Implies that he uses a mole-catchers’ weather report that is more accurate: the main natural predator of moles, he says, is the weasel, and in high winds when he tries to get into their tunnels they collapse and the moles think it’s a weasel crashing in and kick more earth back up, causing more damage to the field than just their miniature hill. So it’s important to know the weather — and when it’s bad you can just go to the pub. 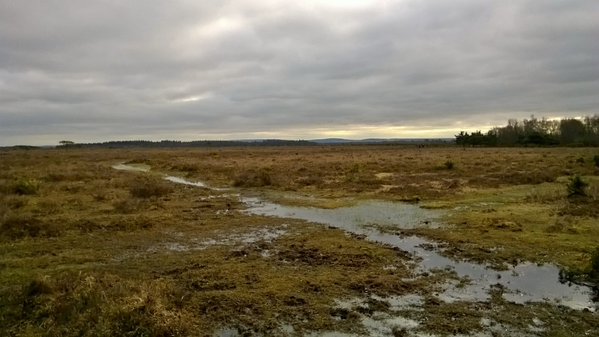 Feb. 2015. East Boldre, The Turfcutters, New Forest periphery. Stopped to rest in a pub due to pain in L’s knees; crossing the moors she took on the role of Jane Eyre with great success. The ‘Beaulieu Pails’ – the western boundary of Beaulieu Manor, along the wooden railings. A big hunting party at the bar, but otherwise the pub atmospheric and colloquial, none of the imagined or poorly recollected olde worlde charms of Beaulieu or Lynhurst and the better for it. We share a massive plate of ribs & drink beer. The residents of East Boldre, a straggling linear village along the edge of Bagshot Moor, were described in a parliamentary report of 1834 as ‘for the most part smugglers and deer-stealers’, endearing their descendants to us even more. The RSBP had sent the pub a proudly displayed letter informing the owners about a rare breeding pair of brown-crested crows nesting in their roof: “we understand you may not be aware of the fact, but we have been watching your roof for 3 weeks”. Results: 3-week closure, compensation of £450 p/w, and a £10,000 fine if the birds are intentionally damaged. One of 4 breeding pairs in the country. L observes that the English are best at 1. invading people; 2. playing games to avoid real conversation; 3. reproducing the cultures of others. 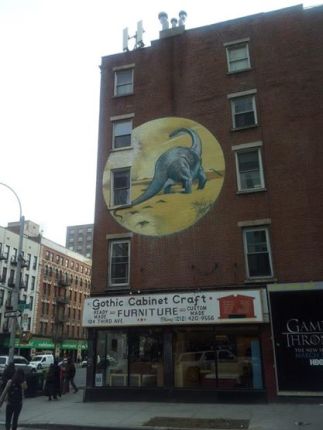 Spring 2013, New York. Bought coffee from a man from Oaxaca off Central Park, walked there and drank it. Sun + clouds; made fun of by a gang of Dominican teenagers. Walked to Greenwich Village/Soho, McNally’s bookshop. Managed not to buy poetry pamphlets. Coffee + Bolaño. In Central Park were red & grey little birds that looked like cockatoos — very tame. Food: hotdog, slice of pizza. When in Rome. Will meet Lorena and Adam later in Greenwich Village. Bookshop employees giving each other massages in quiet moments. Man on the subway: “people who need God are afraid of life!” Signage: EXCESSIVE NOISE PROHIBITED. PLEASE CURB YOUR DOG. Man on Broadway, around 175st: “If hip hop is dead, what am I doing?”